Skin Cancer Signs Everyone Should Look Out For

Skin cancer signs are something which everyone should familiarize themselves with, especially when you consider that the number of skin cancer cases around the world is increasing rapidly and constantly.

Today, skin cancer is the most common form of cancer out there. Fortunately for us, practically all types of skin cancer can be cured successfully providing they are detected in time.

This is why it is so fundamentally important to be able to recognize the most common signs which indicate the presence of skin cancer. 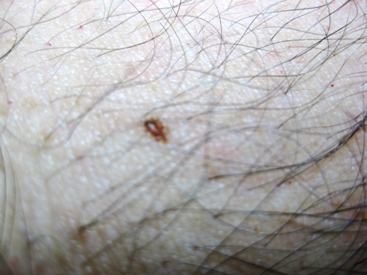 In order to examine for yourself for possible signs of skin cancer you simply need to remember first five letters of the alphabet.

Let's go ahead and take a look at each of the above skin cancer signs individually:

If a mole is not symmetric then there's a possibility that it could be cancerous. In other words, if you were to draw an imaginary line through the center of the mole, both halves should look quite similar.

If the two halves are noticeably different then it's advisable that you seek medical attention as soon as possible because it could be a sign that you have skin cancer.

Of course, until such time that you get it checked out, you have no idea as to what type of skin cancer it could be, bearing in mind that it could also be an indication of malignant melanoma which is the most deadly form of skin cancer.

As the name implies, the border is the outer edge of the mole, spot, or birthmark, and under normal circumstances the border should be relatively even.

If you notice that the border is uneven then this could once again be an indication of skin cancer. Several studies have determined that skin cancer can thrive on hormonal changes in the body, and as such, if you just given birth then it is always advisable to go for a checkup.

Remember, an uneven border could also be one which tends to be jagged, blurred, or simply lacking in smoothness.

Another one of the common skin cancer signs is the color of the mole in question.

This is mainly due to the fact that cancerous moles or spots are often multicolored, although they can of course appear as a single color such as black, white, brown, red, and even blue.

Usually, if the mole is red or brown it's an indication that cancer may have started developing, and if you notice that the mole has a slightly bluish tinge then there's a possibility that you could have melanoma.

With that said, if your mole consists of more than one color then it should also be enough to set your alarm bells ringing, considering that many cancerous moles are multicolored.

Also, if you notice the mole seems to be multiplying into several larger red colored moles, then there's a strong possibility that not only do you have skin cancer, but also that the cancer has already begun spreading.

The size of a mole is something else you should make a note of, in that if it begins to increase in size until such a point where it measures 6mm or more, it could be an indication of skin cancer.

Any mole larger than 6mm should be treated with suspicion and medical advice should be obtained as soon as possible. Remember, early detection is the key to successful cancer treatment.

Normal non-cancerous moles will almost always be flat against the skin and of course they do not increase in size at all. On the other hand, skin cancer moles often appear to be raised above the skin surface, and they tend to increase in height at a relatively fast pace.

The minute you notice crusting, bleeding, or any other strange type of behavior, you should go and see a doctor immediately. If the doctor has reason to believe that you may possibly have skin cancer, the mole will immediately be removed and sent away for analysis.

Familiarizing yourself with the different skin cancer signs could by all accounts mean the difference between life and death.

Even though nobody wants to discover that they have skin cancer, we should be grateful that the skin cancer signs can normally be spotted with the naked eye.

With skin cancer becoming increasingly prevalent nowadays, it's imperative that you are able to spot the signs during the early stages of the disease.

Just remember those first five letters of the alphabet whenever you decide to give yourself a self examination to check for the above mentioned skin cancer signs .