Vitamin D Deficiency
Side Effects and You

Vitamin D deficiency, benefits and side effects are the center of debate.

Some people who get too much UV exposure could end up with skin cancer and those who don't get any sunlight might end up dealing with an array of other health related issues. 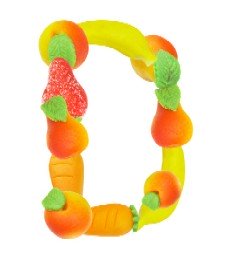 This was the fourth vitamin discovered in the early 1920s, with D being the fourth letter in the alphabet.

According to FDA (the food and drug administration), the recommended daily value for Vitamin D is 400 IU or 10 mcg in order to avoid Vitamin D deficiency .

By going thru the liver and kidneys, Vitamin D gets converted into its usable form which in turn helps regulate and absorb calcium in the blood as one of its many functions.

Thus one of its major benefits or foods with vitamin d is having strong bones.

Otherwise, especially people over the age of 50 could be at risk for bone loss and fractures due to osteoporosis.

This is just one of the effects of vitamin d deficiency.

Our bare human skin produces it by being exposed to the sunlight and letting the UVB ray penetrate its upper layer called epidermis. This is where synthesis occurs.

Stoppage of synthesis is one of the vitamin d deficiency causes.

Melanin is the chemical pigment found beneath our skin and is responsible for the quantity being produced.

The higher the amount of melanin in the human skin, the darker the skin and the longer the skin has to be exposed to the sun for activated form of vitamin D.

The darker the skin, the higher the risk of deficiency of vitamin d.

Your location on earth and the altitude of where you live also makes a big difference. So does the season you are in and the UV index.

For instance your skin gets to produce much higher vitamin d dosage at 10,000 feet elevation than at sea level.

Also if you live near the equator, your skin will produce much higher amounts compared to other locations on earth.

But no one of course should intentionally expose his or her skin to UV rays or ultraviolet radiation, especially if there is a family history of skin cancer.

Otherwise, it is still considered very dangerous not to have any kind of sun protection or sun protective clothing while being out doors in the sun.

One could get it from a tanning bed too, but even that could be harmful to your skin.

The UV rays can lead to skin cancer, with malignant melanoma being one of the deadliest.

Therefore, it might be more logical for certain individuals to obtain it thru foods rich in vitamin d.

Milk, some cereals (1 cup, fortified with 10% daily value, 40 IU) and certain breads have been fortified for many years now.

Cod liver oil has the highest amount of vitamin D (1,360 IU per tablespoon) where as one cup of nonfat fortified milk contains 98 IU.

• It is essential to your bone health

• It prevents Rickets in children (deformity and soft bone)

• It prevents Osteomalacia in adults (weak bone and muscle)

• It maintains a healthy immune system


According to FDA these are the Daily vitamin D Needs in International Units (IU):


According to Surgeon General your body also needs Calcium:

As a comparison, a cup of calcium fortified orange juice or milk has about 300 milligram of calcium.

Also in this group are fortified breads, cereals and soy products.

Please consult with your doctor or nutritionist.

• Kidney fails to convert Vitamin D to its usable form

• Absorption problems in the digestive tract

• Taking in too little vitamin D in your diet

• Being lactose intolerance or allergic to milk

Infants might require vitamin d supplements, if they are only being breast fed.

According to The American Academy of Pediatrics (AAP), a daily vitamin d dosage of 200 IU for breast fed infants beginning within the first 60 days of life is vital.

Unless they are being fed about 2 cups per day of vitamin D-fortified formula.

More studies are needed to prove the relation between cancer and vitamin d deficiency.

That your annual check up and blood test does not include the test for deficiency of vitamin d or vitamin d levels?

Please remind your doctor and act according to his or her recommendations.

Join in and share your experience or story. How?
Simply click here to go to Vitamin D Stories.

Return to the Top Return to Home Page