Have you ever thought about the history of sunglasses?

Most people do not since it is something they have always worn and the development of stylish sunglasses have become so popular that most people just appreciate them without giving much thought to where they came from.

What year did Sunglasses Appear on the Market?

The history of sunglasses begins with its invention in 1929 by Sam Foster, though Chinese judges often wore smoke-colored glasses while in court as early as 1300, but the official year of invention is 1929. Sunglasses received its first US Patent in 1959, these were modern types of sunglasses. 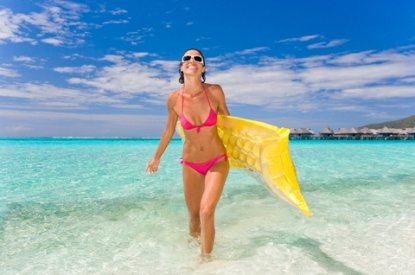 What Year Were the First Sunglasses Sold?


The US Air Corps Sunglasses for Pilots

The US Air Corps summoned Bausch & Lomb in the 1930s to make a pair of sunglasses that were specifically for pilots. The sunglasses were a way to protect a pilot's eyes from the harsh glare during high-altitude flights. The company came up with a dark green tinted lens for pilots, which absorbed the sun's rays.

Later in the mid-1930s during World War II, an anti-glare lens was developed to protect the pilot's eyes and help them see better during the bright sunlight hours.

The history of sunglasses is most notably attributed to their popularity in the 1960s. A major campaign was underway with the Foster Grant company and the campaign depicted designers, movie stars, and other notables so that everyone wanted a pair of Foster Grants.

By the 1970s sunglasses were a craze among the public and Foster Grant was on the front line of making millions from its sunglasses. Television shows and commercial depicted well-known stars wearing Foster Grants.

Of course, sunglasses have changed over the years and we no longer wear the sunglasses that are so huge they cover half the face, and there are many more brands to choose. However, styles continue to change and probably always will.

For instance, in the seventies, sunglasses became smaller and the tear drop shape became fashionable, but in the eighties square frames took on a new appeal. In the 1990s, frameless sunglasses became quite popular as well.

One thing that has developed and advanced significantly over the years is the way in which sunglasses protect eyes from UV rays, which protects a person's chances of developing eye diseases later in life.

The history of sunglasses has been rather long in other parts of the world, but truly in America, sunglasses do not have a remarkably long history. What is remarkable is that the sun protection that sunglasses provide has improved so quickly through the years.

Though the styles continue to change and big sunglasses may be back in style, one thing that is a must with any sunglasses you choose is that they provide 100 percent UV protection.

Join in and share your experience or story. How?
Simply click here to go to Sunglasses Stories and Reviews.