Are You Taking Your Eyes Fore Granted?

Macular degeneration true story. The name has been changed for privacy purposes. By providing this, we hope that everyone will be much more aggressive about sun protection and your eyesight. Macular degeneration symptoms sometimes take a few days to a few years to surface. 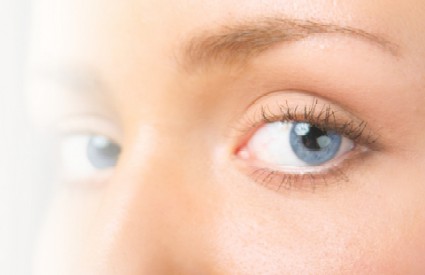 
How it all started,

It was 1988 at the age of 53, when Mavis first ever noticed that there was something stinging in her left eye.

She thought something had got into her eye. After being uncomfortable for a few days she decided to tell her HMO doctor about it.

Her doctor's specialty was Family Practice.

During the visit at her doctor's office, she was told that there was a couple of hairs from her eye lash fallen inside the eye area.

Her doctor told her that he removed the hairs and her eye was fine. She felt relieved and went home.

She had never heard of macular degeneration, but perhaps her doctor should have.

But soon after, the same irritation started over again in her left eye.

After returning to the doctor for a second time she was told that there was nothing in her eye.


Finally the HMO refers her to an Optometrist,

Since she was dealing with an HMO doctor, it took months until he was convinced to refer her to an optometrist.

Even that took weeks before she was admitted by the optometrist. By then she had black spots in her vision, which are called floaters.

Floaters are leakage of fluids and blood that enter the eyeball from the inside or back of the eye.

She was still feeling the pinch in her eye now and then.

So she was finally seen by the optometrist. She received what seemed to be a complete eye exam.

She was told that her eyeglasses were out of shape and she needed a new pair of eye glasses.

She was given a new prescription and sent home.

There was not even the slightest opinion about the possibility of wet macular degeneration.

While waiting for the new pair of eyeglasses, she was getting worse. She noticed that sometimes she could not see straight.

For instance the side of the refrigerator which was a straight line was now crooked or had waves in it at times.

So the new glasses arrived, but did very little about her condition.

It was almost by accident that her friend told her that she should have been seen by an ophthalmologist rather than an optometrist.

Ophthalmologist is an eye doctor who has been to medical school and knows the diseases of the eyes inside out such as macular degeneration.

Ophthalmologist is normally an eye surgeon too with a few years of hospital residency experience.

So she made an appointment on her own to see an outside reputable ophthalmologist. On her visit she was given a series of tests regarding her vision.

Then she was seen by the ophthalmologist. As soon as he examined her, she was told that she had a wet macular degeneration.

She had a leakage inside her eyes. He said it's very urgent and you must go back to your HMO and see the specialist that I know over there who does laser therapy.

But the HMO claimed that she must be seen by one of their ophthalmologists first before she can be seen by the specialist who does lasers.

During her next HMO visit, she had a flash photographer in her face until she was practically blind from all those flashing lights.

These would produce black and white photos of the eye's network, especially the back end of it which is called the Retina.

She was also given IV (intravenous) dye (color) thru her arm which took about 60 seconds to reach the eyes.

Then a special camera took pictures which once processed would reveal the network of blood vessels and any bleedings or abnormality.

It took her months to get to this point, but lo and behold this would be the beginning of a long road ahead.

The processed films revealed that she indeed had bleeding near the worst possible place and that was the Macula.

Macula is the center of Retina which handles your central vision. That includes reading, seeing clearly, watching TV or simply recognizing faces.

Without it the person is legally blind.

Also her Retina was no longer flat like before, due to the blood vessels pushing from underneath.

This is similar to watching a movie on a warped screen.

So her eyesight was in great and immediate danger, because if the bleeding covers the Macula then the receptors would die and cause blindness.

She was finally referred to the specialist in the HMO whom her private doctor had originally told her about.

Though the laser therapy was relatively new, but the specialist was of course an experienced ophthalmologist and eye surgeon.

He told her that there was no guarantee on this Macular degeneration treatment. The bleeding was so close to the Macula.

So he sat her in this long room where the laser was about 30 feet from her. He told her to hold steady and not even blink.

He used a regular red beam of light to guide him thru the target area. Once the target was set on the location of the retina, he fired the hot laser.

The laser beam burned the bleeding vessels and she felt it too.

She was seen a few days later as a follow up. The specialist told her that apparently the bleeding had stopped.

But unfortunately almost half of her vision in the left eye was lost too.

He could not avoid this because in order for him to hit the vessels, he had to go thru part of the Macula.

He suggested for her to follow up with her regular ophthalmologist every year or as needed.

Mavis was not advised in any way about sun protection or use of UV sun glasses.


Protect your eyes, you only have one pair.

Join in and share your experience or story. How?
Simply click here to go to Macular-Degeneration Stories and Experiences.