Coppertone sunscreen has been around for quite some time, with the very first suntan lotion being invented in 1945. Since then, Coppertone has diversified their skin care line into the veritable offerings they have today.

However, it is their sunscreens that have taken center-stage, providing solid and incomparable protection for varying individuals with varying needs.


So without further ado, here is a short catalog of Coppertone sunscreen that does the job of protecting your skin in various ways:

With a relatively high sun protection factor (SPF) of 70+, combined with other features like being waterproof and greaseless, the UltraGUARD series is the general-purpose line of sunscreen that is offered by Coppertone.

This lack of extra features makes the UltraGUARD series the perfect choice for the regular adult who wants to pack some extra protection when hitting the beach or going for an extended stroll under the sun. 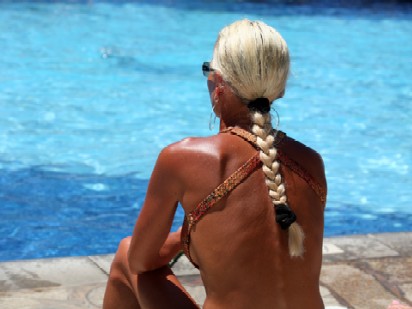 While the UltraGUARD series is waterproof, the chemical composition in it makes it rather ineffective when the user is sweating extensively.

Coppertone SPORT is designed to address this issue by using chemical compounds that sticks to the skin; resisting the effects of the natural oils that go along with sweat.

This particular line of Coppertone sunscreen also makes sure to steer clear of the pores of the skin; freeing them up and allowing them to ‘breathe’ when sweating heavily while sporting a hefty 70+ SPF for longer activities under the sun.

The Coppertone NutraShield series (categorized into three subseries) was designed expressly for individuals who are particularly skin-conscious.

The NutraShield 30 SPF and 70+ SPF both work to protect and nourish the skin; fighting the various signs of age on the skin. The former is for more sensitive skin, while the latter is designed for tougher skin and lengthier excursions out in the open.

The NutraShield Faces subseries, one the other hand, was created to be gentle enough to prevent aging on the face, along with the healing and anti-aging properties that highlights the NutraShield series.

The skin of children is somewhat different from adults, and this is something that the Coppertone sunscreen KIDS series is designed to address.

Coming in a traditional lotion or a more radical spray format, the KIDS series is similar in function to the SPORT series, except that slight alterations in the components makes for a child-friendlier formula than their stronger counterparts.

The 70+ SPF rating also assures a child will be able to frolic in the sun for a significantly long time to come.

If the skin of children is sensitive, then the skin of babies is ten times as sensitive; requiring specialized formulas to protect the skin from the sun’s UV rays (UVA and UVB) and the not-so-baby-friendly chemicals that accompany most other sunscreens.

Thus, the Water BABIES series was created. This baby-friendly Coppertone sunscreen series comes in a 50 and 70+ SPF rating; with the former being for younger, more sensitive skin and the latter for tougher and more developed baby skin.

Join in and share your experience or story. How?
Simply click here to go to Organic Sunscreen Stories and Reviews.